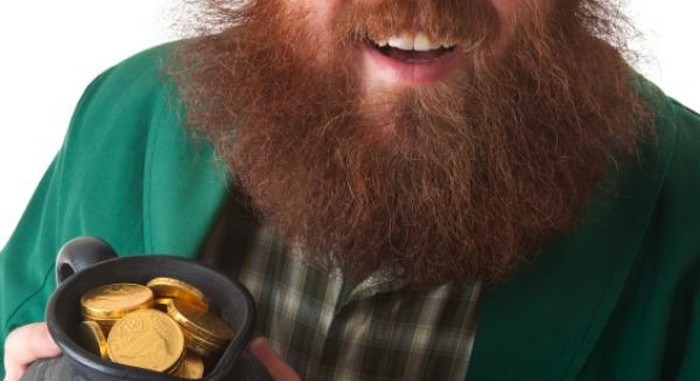 ST. PATVIC – Once imprisoned by oppressors, a slave to the tyranny that surrounded, young Patvic has made his escape. Rising to exalted heights in 2014, this plucky bishop has loudly requested his due ordinance. A spring cup would make a fine crown. Let’s just hope his luck don’t run out on the 17th, like his namesake Irish saint.

STATTY O’MALLEY – Statty is drunk if he thinks he can keep even one of the three cups he stole last year. Rightful owners have come a knocking and want their rightful pot of gold. Sure, no one has ever held on to the same cup for two years, but a mick can dream, can’t he?

DUBZLIN – He’s a man form Dubzlin, Ireland. Dubzlin, like every town, has its good and it has its bad. This is a song called …. um, well… “good”, probably. Despite his late form stinking like a wench trench, he’ll probably get everything all dolled up by tomorrow and dance a jig on your sorry asses.

OH DANNY BOY – The pipes, the pipes are burning. From bluff to bluff, and down the old Burnside. The job is gone, but hope is e’er yearning. It’s you, it’s you must show and cannot hide. A big comeback, like summer to the meadow or when the Sandy’s covered in white snow. You’ll be there when shmidnight’s head hits pillow. Oh Danny boy, oh Danny boy, let it be so.

BELFAKS – Who really knows what goes on behind the thick-rimmed glasses of Northern Ireland’s capital city? Sure, the city has had its Troubles, but by George, he’s made the Best of it. Famous for shipbuilding, Belfaks is looking to continue to launch himself into the upper water table. Let’s just hope this ship doesn’t find Titanic’s hidden icebergs.

PHIETS OF FLAMES – In the latest episode of Michael Flatley’s “Lord of The Dance” series, dancers manipulate cargo bikes with lightning fast pedal movements without moving their upper body. Tickets on sale now at Ticketbooger.

NOTRE DAVE – I’ve got a hunch he’ll be back.

LEGEND OF GARYOWEN – As legend has it, a hapless Irishman is weekly fed his own testicles (called “mcdongles” by those of the County Cork) by his wife and family. This happens every Tuesday. HIs wife regrettably says this horrendous act is non-negotiable.

LEPREKONG – Leprekong better bring his box of Lucky Charms or opponents might find the match-ups magically delicious. His traditional lineup of pink hearts, yellow moons, orange stars, and green clovers were more than enough, displaying a restrained and calculated luck profile that suited him well. Lately, the additions of blue diamonds, purple horseshoes, red balloons, etc., have frankly made a marsh of his mallow. The whole grain balanced meal claim makes good copy, but we all know he lives and dies with the sugar rush.

JAMESWAN WHISKEY – They say you can find the slumps promised freedom at the bottom of the glass. Will you truly find it? Probably not. In drink, will you find a key to extricate yourself from the dank and dirty prison of the lower table? Well, um … maybe? Best to down a few Jameswans. At leas you’ll be lit like a halogen and calling everybody cap’n. All you you fuckersses can suck on my beak. I’m not sss-slurring, you fuckin cunt! It’s your goddamn bunny ears thats broken, you bloody sss-sumbitch.

THISSIG & STADROCK – Fiona Ritchie does not approve of this show being canceled for such a long duration. Here’s hoping it takes less than a fortnight to get out of them thistles and back on the air.

GNESS STOUT- Ever since 1759, Gness has been a stout force and perennial contender at the bar. With one-liners that burn like roasted barley and build meaningful structures in even the thickest of heads, Gness is truly a classic. However, despite his efforts, the inept new world often serves him up cold, destroying the flavor and aroma that lies within.