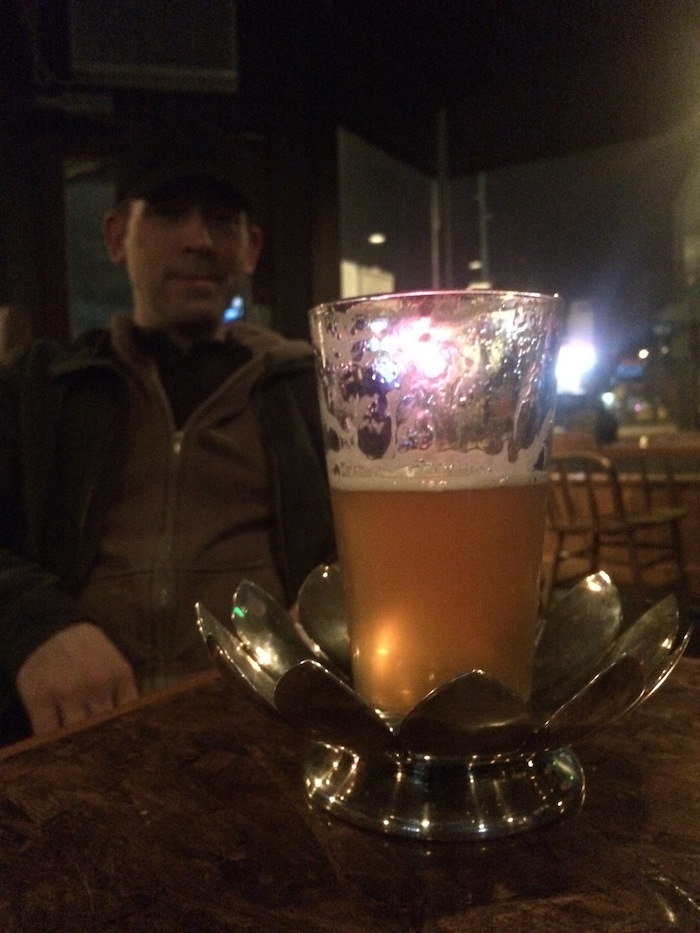 SA backed up his primadonna late arrival and arrogant bastard preshow texts by shutting everyone the fuck up. I guess you get a big adrenaline rush if you blow a bunch of sailors beforehand. Anyway, the Coppa Di Primavera is his for the second time and that is two coppa wins in succession. He’s what the industry call a coppa ascetic. It was all tension sandwiches and frozen dong pitchers once again at the Rumpus. Simply put, the Brunette brings the best out of all of us except Swan. The keenest of shuffleboard play was the answer once again, but there were many new questions: How old are you in Kong years?; Is there any bad beer at Roscoe’s?; and, Who is the greatest South American born jai alai player ever? In short, the night was a glorious ride under pink skies, a bracket and ball busting shuffleboard rumpus, and a craft beer and pub fare sports radio summit. With last goodnights, I turned for home, the tension now mere chamomile floating on a moonlit, headphone-laced, southeast-drifting sea. Gome by schmidnight thirty.