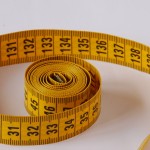 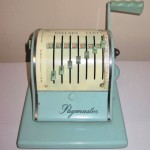 OMG SA showed up!  How shocking.”  Not, “OMG!  Zulu showed up!” Rich hipster bar with the best winter patio. SA = heat lamp bitch. One of the best Father panorama pics.  Thank you TNT! Oops.  Second anacronyzm of the year.  Both by SA.  Transgression! Pay the Paymaster and ride! Fuzzy ride to Roadside Attraction.  Heard from behind me, “Yep, SA is drunk.” Love this place!  Busy on a Tuesday? Let’s stand around the fire and smoke.  Smoke what?  Oh, don’t mind if I do.  I’m gonna have to ask you to leave.  Why me?  Didn’t you see the other 5 guys before me?  You’re not 86’d.  You just need to do that outside.  Yessir!  Best outcome possible. Forced to our third bar of the night.  Forced!  I tell you! 3rd bar shuffleboard is always gonna be a little sloppy.  Ready for some sloppy shuff if we can get these people off the table.  Don’t they know this is our table? 100% First night of the year.  A three bar night.  Your welcome.  You’re foaming at tha… -SA

Open the garage door to a just-arrived B*****heart and we set out quick in the very cold night. We stop sooner than later to re-up the glove and coat allotment. Bone dry, so no ice, but the cold has its way with the exposed. More bikes than cars and a pleasant trip to Snipper’s house. The last bit of Chairman’s sends us heading North with something extra. Could it be just us three versus the sparse Vendetta? Nope. The Bad Backer recants on his opt out, the Foz continues his diligent recent attendance, and Gerard the Rare checks in to protest his removal from the list. The EBMB, outfitted smartly in bits of haberdashery, cues up to the first blast of Halen and then runs the table (with the devil). He ends the night with his only loss to six impressive wins. The Spaniel returned to form with a 5 and 2 night, while the Foz and the Ice Scrapper that is me struggled just to break even. The Bad Backer exits home to sleep in the glow of his first hanger. The Toona breaks from our exquisite ride south just before we reach the Roadside. IPA, chips, salsa, and the firepit. Goodnight to the stokers, hello to the brisk ride home. Fix it down 39th. Hats and scarves inside the cars. 20 degrees sure feels like the coldest one ever.

EBMB and the Chairman show up just after dinner at my doorstep, chomping at the bit to get into the cold air, down to the Cat, and on with the shuffling. Roll down the road to get Toona and then point the wheels through Spooky Gulch. Two frat boys on the Galore, so we settle in on the Stiff Kitten and muddle our way through some doubles. Old Guard with honors holds agianst Toona and The Chairman. Foz arrives and the Tower of Power flex theirs in three straight, only to be undone in the fourth by a Captain Miniscus & Chairman combo. The Chairman finally calls out the Pussy hoggers and we get the good table. The Old Guard then wins three to cap a good night for both. Newcomer Mark goes all Mexican Incident on Zulu with a 12-0 shutout in singles. All blame to the knee. The Chairman finishes with a 16-5 dismissal of the newbie. The results mean a changing of the guard at the top of the 2009 table. With four match days left, the chase for the Golden Hammer will likely down to the wire. After a less than clandestine blockwalk, we speed down 12th to Roadside Attraction. Great fire and some Centennial IPA. Chat with the proprietor. Talk of Blue Nob Resort and B*****heart’s tour as ski instructor. Lizza and B*****heart jettison and I follow suit a few ticks later, leaving the EBMB and Miniscus Man to finish up. The moon, the cold, and the fixed arrow down 39th. Home by 11:57. Crackers and cheese and a bowl of cereal before crashing off. Sleep at the top of the heap. At least for a night.

In the beginning there was Dan and the Dan was made flesh. Dan begat Dan whom then begat Dan. All in his own image. The there was a flood or something and Dan built an ark and, contrary to popular belief, refused passage to the animal pairs, preferring to make the voyage alone with his mirror. A million years later, the story continues in large cities, small rural town, seedy rest rooms, and, as was the case on Tuesday, in dilapidated shuffleboard taverns on the south side. Already on a record winning streak, OmniDan had to go and get biblical on us, his all-powerful wrath tumbling down with godly ease on the trembling masses below. The certainty with which he clarified his holy status left even the atheists buckling to bow. Only after the game had fallen into tedium did he relinquish a moment of optimism to the broken heaps of flesh. The wreckage of his vengeful visit to the human world: 6 straight victories, including 3 shutouts, outscoring opponents 87 to 29 in the span. The string was eventually broken, but it seemed result of lack of interest in a game already mastered. After the thundering clouds and lightning flashes dissipated, the crowd, with the deity in tow, biked down through the corridor under beautifully chilly weather to celebrate the second coming at the Roadside Attraction. Zulu and the Leech joined the congregation for beer and pleasantries and the peerless glow of the patio fire. Talk of Manzanita and theater girls felt like vain attempts to reclaim humanity from the recent claims of the divine governing body. A largely necessary visit to the carts and a largely unnecessary visit to the gold dust did little to distract from the superhuman spectacle still fresh in the stunned minds. And so it was written. So shall it be. The Holy One is now 22-3 in his last 25 games. Perhaps more impressive, is his holiness’ 14-1 record in his last 15 single matches. Sure, a sudden rise of secular humanism is always possible, but for now the table is in God’s hands.