WHAT WE LEARNED IN 2015:
At first review, 2015 seems an unfriendly equalizer. Life’s increased complications further reducing Little Friday numbers; thin ranks; a lapse of interest; a subtle erosion; The ride ethic’s early promise disappearing into carbon-laden exhaust pipe puffs of convenience. Even the new egalitarianism at the table seemed subdued, almost apathetic; the usual suspects missing; the favorite tables lost to the gentrified masses; the TFC sliding further into chasm of old Portland relics. And what of the fallen Faks? Gone as mysteriously as he arrived, leaving only the trace of drool on the Yukon floor and cryptic messages hanging in the ether. Had the rough-edged rock of the TFC been rounded off by necessity’s flood and deposited with other common stones in the middle of the road?

No. Upon closer inspection, the melancholy arguments of a “flattened” year are truly misplaced. Ride nights held well, with a tarmac shortcut, the discovery of the Burlington Bluff, and Bridge of the Peeps crossing highlighting a year that began with a foggy ride to Leisure. Attendance, while spotty at times, was buffeted by the Return of Kong, dogged attendance efforts by Gato, Swan, & Vic, and a five bar night that echoed past forays past schmidnight. In shuffleboard, cutthroat provided a fresh respite on slimmer nights. The equality in competition, at first seeming to represent a lull in interest/spirit, produced a level of drama and tension never before seen, the results truly undecided until the final game of the year. While true that little can be done for the inevitable slipping of cozy lost Portland into its crowded successor, many outposts remain largely untouched, gloriously overlooked or too remote for less intrepid youngsters. Despite the insipid production of new nightspots out of step with the modest needs of the TFC, the new bar machine is still spitting out suitable haunts yet to be uncovered.

2015 turned out to be a year of further resilience rather against decline. Faced with setbacks, complications, and the impinging complacency of advancing age, the TFC still shone like a beacon in the fog. There will be challenges plenty to address again in 2016. Possibly more, but hopefully less. Trends will ebb and flow and the walls of the new Portland trash compactor will squeeze us out from time to time, but there is no shortage of respite from the junk, given continued commitment to the collective’s intrepid spirit. Let the young imposters buzz shoulder to shoulder, turning craft cocktails into new scene honey in strategically stacked hives. The true buzz of the wild awaits us, laid out like a named joint from a corner store, a flask of tonsil paint, and a foggy ride to an empty bluff. As they fiddle with their remote control in an attempt to access the increasingly near & familiar, we shall search the horizon, as we have always done, endeavoring to control the humble meaning of places remote. 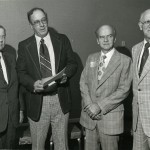 FROM GATO:
WHAT WE LEARNED IN 2014:
First and foremost, we learned on all fronts that nothing, however sacred to us, is secure in this world. Beloved bars, beloved tables, beloved culture, and, of course, our closest and dearest can quickly become conspicuously absent in our lives. What we also learned, or continue to relearn, is that meaningful ritual and persistence of communal spirit are as important as ever in this world. As rolling harbingers of this spirit, preservationists of the old and alchemists of the new, the TFC continues to play an important role. It affords one truly free night, unencumbered by parental or spousal responsibilities, embraced by a unique brotherhood of sarcasm, competition, and hat shame. True, with no TFC, we would sit safely in oblivion, floating high above despair’s depths as the Sandy Hut was lost to karaoke clown pirates dressed in thoughtless giveaway clothes. But, at what cost, oblivion? Would survival truly live without the intense charge of a tight coppa run, the brisk reality of a winter cycle, the warmth of triumph’s table of food, ale, and caramelized co-conspirators? Make no bones about it, we have a right to quarrel with change, especially when it cruelly strips us of that which we hold dear. However, embroiled in change’s inevitable argument, at least we know that it also comes with a constant. Little Friday’s old man river, there each week in full flow, rounding the edges off the stones hewn rough by the hubris of young progress. As simple as ride, shuffle, and a dime bag of dongs. As complex as a pint of Dragonhosen on Nitro. Raise a glass, my friends, to loss and to gain, to pleasure and to pain, to pale and stout, to the block and to the walk, to the TF fucking C!

Heroic Endeavor: Shatty (Month #9 Day #2), Gato/Namath Karaoke “When Doves Cry”, SA86’d from Roadside, Lizza phantom phone rescue loop, Phiets booth kidnap.
Nutcracker award: none
Candyman award: Dubz
Blowhard: best quote / email / text (vote) “I’m burning my Sandy Hut panties!”
Other Quotes/ Texts:
“I really wish you had an overbite, like the dong reader”
“Dad Giveaway”
“#threedongnight”
“stop or you’re gonna get tased”
“Sweetsleeves”
“Sleep is for bitches. pretty sure that’s a quote from the holy bible. somewhere toward the end of the book”
“The brunette brings out the best in all of us except Swan”
“How old are you in dong years?”
“Sea Monkey Tatas”
“Jukebox shifted into Swandrive”
“Two dongs don’t make a right”
“Hope Solo is Han’s younger sister”
“huffing the tailpipe of carbon shame”
“that librarian is so hot, she’s getting my decimal all dewey”
“foggots”
“heat lamp bitch”
“short legs. I’ve got the rabies. I’m foaming at tha”
“unshazamable”
“Lil Friday night fever”
“And Kong let the Candyman in till it hurt”
“Inquiring Swans want to know”
“to the moon and back hair again”
#guidedongsfortheblind
“Mello Bezzo #quiterigthly”
“I could smell you from over there”
“Gome by schmidnice”
“I rode your mom around the block a couple of times, but don’t have a tasteless Youtube link to show for it. Sean?”
Side boob
“explore my garden gentlemen”
rules are made to be broken, dongs are meant to be shown.
I’m in. Matt is a prick
8 is not notable, but 6 is intimate.
Fourscore and seven inches ago …
#rainingcuntsanddongs
I’ll be even later with an even larger dong.
Shitdongs!
I will always remember the birth of my child and my first kielbasa.
Sorry SA I’m off to see Rick Astley and Englebert HumpMyDick.
currently hotter than Satan’s nut sack
Collins Beach? That’s just the tip of the island right?
PMS = I miss acronyms.

Fave dong words:
Yukon dong show
Two dongs don’t make a right
Dongs are made to be shown
Like a bag of dongs in the wind
12 Dongry men
How old are you in dong years?
#warmdongsonthetram
Kong’s out dongs out
#threedongnight turns into a four stop foursome
Rumored TFC visit to dong rich Collins beach
Guide dongs for the blind
Who let the dongs out

Dairy Queen – Award for the one man physical interpretive theatre performance by Shalen Parker of the Disney classic “Frozen” when you “let it go” and ‘mr whippied’ a dairy queen triple chocolate soft whip ‘with nuts’ on a front lawn in East Moreland. 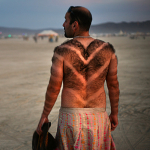 Christian Bail. Go for the juggler. Your mama, She’s a-spoiled. Peppers stuffed with magic. Sop that shit up with home made bread. Fig gin and Commons seasonal. Good shuffleboard played. Best fries in town. Jubelale. Car thief Eric B and Roy Ayers. Shatty. No pie!? To the Moon and Backhair again. Somewhere Over That One Guy’s Rainbow. Cold ride. Home by can’t remember. 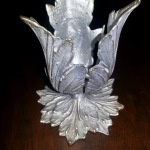